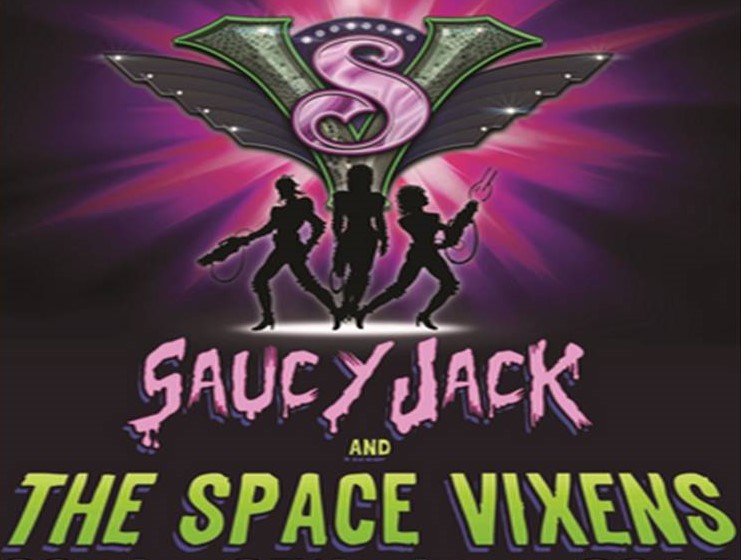 Polish your disco balls and set your glitter beams to fabulous!

Saucy Jack and the Space Vixens is coming!

“Cheers meets Red Dwarf meets Rocky Horror” in this tack-tastic naughty show set in a galaxy far, far away….
As the audience settle back for an evening of cosmic cabaret, all is not well at Saucy Jack’s… The evil shadow of a serial killer looms over the bar; cabaret acts are being killed off one by one, found stabbed by the heel of a sequinned slingback shoe.

The show contains no swearing, nor is there any nudity however the show is not intended for young audiences. It is brash without being offensive… It is sexy but not lewd… It is cool and crazy but never chaotic… and it pretends to be a little more racy than it really is.