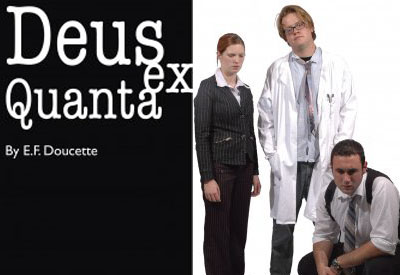 Two homicide detectives in a locked room do their best to solve a murder.
Their only suspects are themselves, and a live version of the victim.

“Deus Ex Quanta is an intelligent well-written play that deserves a good audience. Mr. Doucette’s passion for exploring new ideas drives the play to a hilarious and totally unexpected conclusion. His intelligence and quirky sense of humour are pervasive.” Billy Houck of New Times.